Liberia, the "Land of the Free" a tropical country in West Africa with a spectacular coastline at the North Atlantic Ocean. The country was known for some time as the Pepper Coast and later as the Grain Coast. Liberia covers an area of 111,369 km² (43,000 sq mi), making it somewhat larger than Bulgaria or slightly larger than the U.S. state of Tennessee. The country has a population of about 4.5 million people and the  Capital city is Monrovia, named after, James Monroe, the fifth President of the United States (1817–1825)). The country's major cities are located along the coast like the port cities of Harper and Buchanan.

Liberia is a country in West Africa, bordering Sierra Leone, Guinea and Côte d'Ivoire. On the Atlantic coast, Again the capital city of Monrovia is home to the Liberia National Museum, with its exhibits on national culture and history. Around Monrovia are palm-lined beaches like Silver and CeCe. Along the coast, beach towns include the port of Buchanan, as well as laid-back Robertsport, known for its strong surf.
Capital: Monrovia
President: George Weah
Spoken and national languages: Liberian English

The People Of Liberia

The people of Liberia are classified into three major groups: the indigenous people, who are in the majority and who migrated from the western Sudan In the late Middle Ages; black immigrants from the United States (known historically as Americo-Liberians) and the West Indies; and other black immigrants from neighbouring western African states who came during the anti-slave-trade campaign and European colonial rule.The Americo-Liberians are most closely associated with founding Liberia. .

Political system Liberia is a unitary state and a presidential representative democratic republic with a multi-party system, modeled after the government of the United States. Head of state and head of government is the President. The cabinet is appointed by the president and confirmed by the Senate. The bicameral National Assembly consists of a Senate and a House of Representatives. The country's legal system is a mixed system of common law (based on Anglo-American law) and customary law..

Liberia is a founding member of the United Nations and its specialized agencies and is a member of the African Union (AU), the Economic Community of West African States (ECOWAS), the African Development Bank (ADB), the Mano River Union (MRU), and the Non-Aligned Movement. Liberia has taken steps to forge closer ties with Western countries, especially the United States. President Ellen Johnson Sirleaf has visited several Western countries, including the United Kingdom, Sweden, Norway, Spain, France, and Germany. President Johnson Sirleaf has also visited China and Libya.
The political impasse in Cote d’Ivoire over November 28, 2010, presidential elections prompted more than 140,000 people to cross into Liberia as refugees. They inhabit the border region and belong to rival ethnic groups generally perceived as having supported either the legitimately elected president, Alassane Ouattara, or former president Laurent Gbagbo. Although the Ivoirian political stalemate has since been resolved, the humanitarian crisis affecting both the refugees and the receiving communities has lingered. Liberia’s coordination of, and support for, international relief efforts have been welcome.

U.S.- Liberia Relations
Congress appropriated $100,000 in 1819 for the establishment of Liberia (and resettlement of freemen and freed slaves from North America) by the American Colonization Society, led by prominent Americans such as Francis Scott Key, George Washington's nephew Bushrod, Henry Clay, Daniel Webster, and Presidents Monroe (for whom Liberian settlers named the capital, Monrovia), Adams, and Jackson. The first group of settlers arrived in Liberia from the United States in the 1820s. The United States, which officially recognized Liberia in 1862, shared particularly close relations with Liberia during the Cold War. 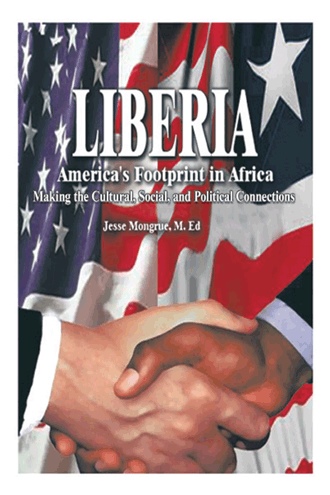 The outbreak of civil war in Liberia and the long dominance of Charles Taylor soured bilateral relations. However, Liberia now counts the United States as its strongest supporter in its democratization and reconstruction efforts. Since the end of Liberia's civil war in 2003, the United States has contributed over $1 billion in bilateral assistance and more than $1 billion in assessed contributions to the UN Mission in Liberia (UNMIL). In February 2008, President George W. Bush visited Liberia, where he held his fourth one-on-one meeting with President Johnson Sirleaf since her inauguration in January 2006. Peace Corps volunteers returned to Liberia in 2008 for the first time since 1990. Secretary of State Hillary Clinton paid an official visit to Liberia in August 2009. President Johnson Sirleaf met President Barack Obama and Secretary Clinton in Washington in May 2010.

ABOUT US
Welcome to the Liberian Spot, aka Libspot. We are your one stop online media resource to locate and experience the magnificence and Splendor Liberia has to explore. What we're about. Featuring Liberia's extraordinary history which embraces our culture, and magnifies the country’s natural beauty and resources through documentation, videos and images featured on our website and social media platforms. Our mission is very simple - to be the most comprehensive and intuitive online resource spotlighting the phenomenal beauty and resources of the Motherland Liberia.
Contact us: Info@libspot.com
FOLLOW US
© Copyright © Libspot 2020 All rights reserved.
Tel: 7773 517 9982
Email: info@libspot.com
List Your Business with us
Go to mobile version
WANT COUPON
Subscribe now to get free discount coupon code. Don't miss out!
SUBSCRIBE
I agree with the term and condition
We will never spam you, unsubscribe anytime.