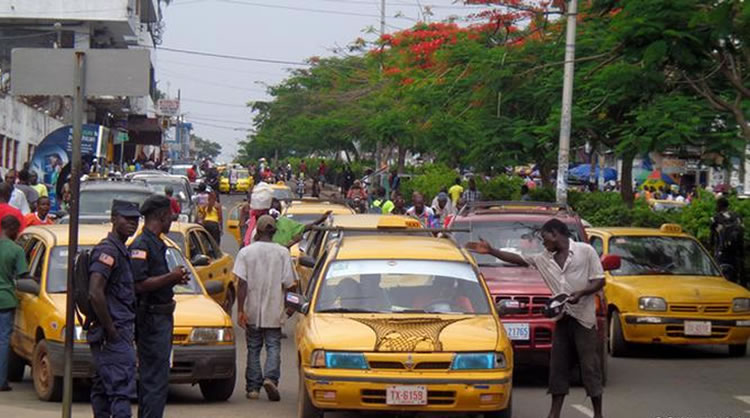 Practical tips including cultural practices, you need as you prepare for your trip.

Passport
Passport Are Requires For Traveling to Liberia Please Visit Liberia embassy in your country.

Visa
Visas are required by most non-residents except ECOWAS nationals. Ghana Missions and Embassies abroad will assist in issuing individual as well as group visas.

Climate
In Liberia, the climate is tropical, hot and humid all year round, with a rainy season from May to October due to the African monsoon, and pretty frequent rains in the other months, except in the short dry season that runs from December to February, which is more marked in the north.

Liberia’s climate is classified as having a tropical one. On a year-long basis, this West African country has two pronounced seasons, the wet and dry. The wet season, which makes farming in Liberia viable, generally can be observed from the months of May to October. However, in around July or August, dry spells occur, giving Liberians some relief from getting soaked in the rain. The dry season starts from November and ends in April. During the dry season, the absence of rain is expected as it is a rare event to experience rain from this time of the year. The African plague called the Harmattan trade wind, a harsh wind coming from the Sahara Desert visit Liberia around December to March. The Harmattan trade wind is not a wind anyone would like to come across in the open as it might carry dust and sand enough to cancel or divert airplane flights. The deadly wind could also cause tornadoes when it meets with another trade wind, the Monsoon winds. However, there has not been an occurrence of a Harmattan and Monsoon meeting on Liberian soil. Average temperatures that have been observed in Liberia ranged at the 21°C to about as high but never exceeding 37°C.

Liberia, on the whole, has fair weather as 37°C is as hot as it can get. The only disaster to hit the country is perhaps a landslide but apart from that, no earthquakes, tornadoes, hurricanes or tidal waves have claimed a Liberian life. In terms of climate, Liberia could be said to have one of the most enviable and gentlest climates in the world.

Packing the Right Clothing
Since the climate is warm and tropical all year round be sure to pack light washable cotton clothing and casual wear. Do not forget your sunglasses and comfortable walking shoes. There are no restrictions on what men and women may wear. Slacks and shorts for both sexes are permissible.

Electricity
If you are bringing along any electrical appliances, they should operate on or be adaptable to 220 / 240 volts. Electric outlets in Liberia accept either 3pronged or sometimes 2-pronged. Get American type plus or converters.

Money/Currency
The dollar (currency code LRD) has been the currency of Liberia since 1943. It was also the country’s currency between 1847 and 1907. It is normally abbreviated with the dollar sign $, or alternatively L$ or LD$ to distinguish it from other dollar-denominated currencies. It is divided into 100 cents..

Liberia Banks are normally open from 8: am to 4:00 p.m. Monday through Friday. Some banks also operate on Saturdays from 09:00 – 14:00 GMT . Most large commercial banks will also have automatic teller machines located outside and available during and after hours. Most will take VISA and a few other check cards.

Credit Cards
The most widely accepted credit cards are Visa and Mastercard. These cards are accepted in major hotels, restaurants, banks and businesses . Your card may be used for payment at most all airlines, leading hotels and major supermarkets. However be cautious when using your credit to avoid fraud.

Tipping
Tipping is permitted in hotels, restaurants, etc. It is rarely added to the bill. Whenever it is not added the quality of service should dictate your generosity to the waiter, taxi driver, porter, tour guide, etc.

Hotels
Liberia, offers a wide range of hotel accommodation for her growing economy and tourist industry; cosmopolitan, metropolitan, district town and country hotels and park lodges of varying comfort, elegance and convenience. Liberia ”s hotels are classified according to the international star-system with 5-star as the highest and one-star being the minimum international acceptable quality. In addition, there are local budget hotels with minimum standards of sanitation and comfort. Hotel License is issued by the Liberia Tourist Board and displayed at the hotel reception.

Communications
Most major hotels also have business centres which provide secretarial and courier services. Liberia has one Telecommunications company which provide voice and data services apart from mobile data carrier which can acquire a sim card  from any of the telecos. You can make long distance telephone calls within the country. Collect calls to the USA, Europe, and Asia are also available.

Entertainment
Most cities and towns have facilities for nightlife such as cultural centers to theatres, cinema houses, discotheques, pubs, street cafes, and casinos. Consult your hotel reception for what is on and where to go.

Medical facilities
Modern private and public hospitals and clinics are available in all cities and big towns. Tourist should contact travelers’ medical insurance companies to cover any medical contingencies while away from their home countries.

Our hours are Monday, Tuesday and Thursday between 2:00 – 4:00pm. All routine U.S. citizen services require an appointment. Please visit the Appointments page to schedule your appointment.

The Consular Section is closed on U.S. and Liberian holidays.

The emergency number is not to be used for visa questions. If you have a question regarding visas, you should email ConsularMonrovia@state.gov, or visit the non-immigrant and immigrant visa pages of this website.

Barbers and Hairdressers in Liberia
They are available in Salons and most hotels.

Laundry
Available in most hotels.

Drinking Water in Liberia
Safe but it is advisable for visitors to use bottled drinking water which is available for sale in hotels and supermarkets.

Roberts International Airport (RIA) is the sole international airport in Liberia, West Africa. The airport is located near the town of Harbel, 35 miles from the capital of Monrovia. The airport is also known as Robertsfield, as it is named after Liberia’s first president, Joseph Jenkins Roberts.

Ground Transport: To and From KIA
Although most people travel to the airport in their private cars, taxis and hire cars are available at the airport for travelers’ convenience.

Public Pool Taxi
There are other taxi services from point to point at fixed charges per individual passenger. This allows other passengers to join in the same vehicle. You can also charter taxis at negotiated rate.

Departure
The airport departure lounge is located after security control. Facilities include a Duty-Free shop, restaurant, bar, and a seating area. Ghana Airways has the “Akwaaba” lounge for its first/business class passengers. State Protocol Lounge is for use by Senior Government Officials/Diplomats and V VIP’s.

Arrival
State Protocol Lounge again available for use by the previously mentioned personnel’s.

Greetings
The greeting is an important social function that marks an open heart and mind. It also expresses one’s concern for the other. Refusing or failing to greet another person may indicate that you do not care for the other’s welfare.

Do not forget that a smile is also a form of greeting. Please make an effort to pick up some of our simple vernacular greeting forms and win our hearts over.

Liberian snap handshake. In Liberia, the snap handshake or finger snap is a gesture of greeting, in which two people shake hands in the conventional Western way, but end the handshake with a mutual press of the fingers that creates a “snap” sound.
A handshake, hugs are  a popular way of greeting in Liberia, especially among males. When you shake hands, please apply the same hand pressure as is offered.

Along
Loose, cool clothing is recommended year-round. Most visitors will find that a long-sleeve shirt or light sweater is sufficient in the coolest times.

LIBERIAN EMBASSIES AND CONSULATE SERVICES AROUND THE WORLD

LIBERIAN EMBASSIES AND CONSULATE SERVICES AROUND THE WORLD