Grand Gedeh is a county in the eastern portion of the West African nation of Liberia. One of 15 counties that constitute the first-level of administrative division in the nation, it has three districts. Zwedru serves as the capital with the area of the county measuring 10,484 square kilometers 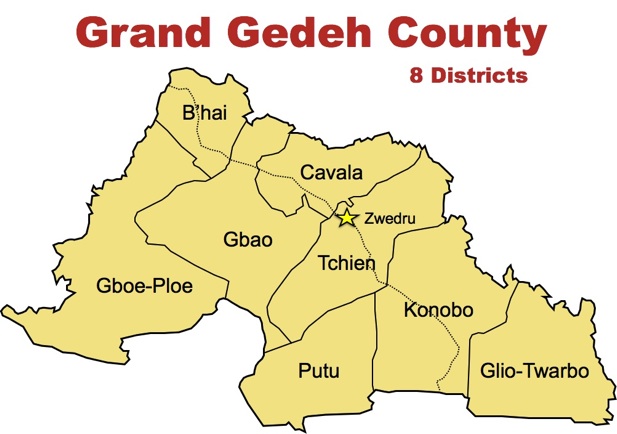 Grand Gedeh is one of the few leeward counties established in 1964. Grand Gedeh was formerly known as the Eastern Province during the 1847 Constitution of Liberia. Its original capital was Tchien, now known as Zwedru.

Today Grand Gedeh County is subdivided into 2 Statutory districts, eight 8 Administrative districts, 16 Chiefdoms, 32 Clans. It contains 3 Cities and 236 Towns. The County is noted for its rich iron ore reserves and vast forests, which are depicted in the flag of the County.

Lofa County -Lofa is a county in the northernmost portion of...