WHY INVEST IN TOURISM & HOSPITALITY? 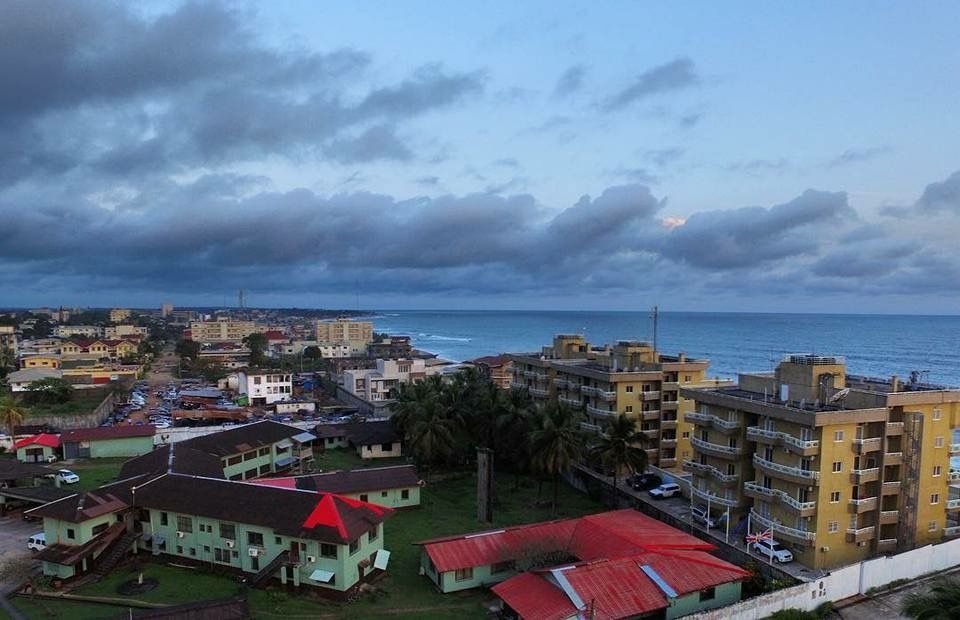 The Government of Liberia is seeking partnerships with local, regional, and international leisure service providers to see the potential in its tourism and hospitality sector. Liberia’s tourism sector possesses unique and competitive assets that remain largely untapped. The country is endowed with a rich culture and a wide variety of natural beauty ranging from plains to spectacular white-sand beaches to rainforest. Liberia enjoys three main touristic features: coastal and marine sites, natural sites/features, and cultural and historical sites.

The potential for Liberia’s tourism sector is massive. Liberia’s natural attractions include two natural forest reserves, wetlands and mangroves, and biological and landscape diversity. Liberia is endowed with approximately 42% of the Upper Guinea Forest of West Africa, rich in endemic flora and fauna.

There are two upper Guinea biodiversity hotspots: East Nimba Natural Reserve and the Sapo National Park. Both are home to rare birds, and high diversity of mammals such as elephants, monkeys, antelopes, and Liberia’s national symbol, the Pygmy Hippopotamus. All sorts of touristic services can be tapped around these natural sites, such as ecotourism activities, e.g. birds watching, and rural tourism activities, e.g. village tours.

The Ministry of Information, Cultural Affairs, and Tourism have developed a Liberia National Tourism Strategy (NTS) to serve as a road map for the development of tourism in Liberia.

The National Tourism Strategy represents the consensus of a wide consultative process in the tourism industry, both Public and Private Stakeholders. This Strategy provides a framework for the mobilization of resources in order to realize long-term national objectives. As articulated in the Liberia National Development Plan of Vision 2030, which are; sustained economic growth, employment creation, poverty reduction, reduced inequalities in income, gender and between regions, and the promotion of economic empowerment.

The NTS covers several aspects of the economy, environment, and society as a whole. More precisely, with the level of Terrorist activities carry out in the world today, we were cognizant that, tourists are temporary residents in communities and as such share benefits and services provided by all divisions of government. Both tourists and nationals want security, good roads, efficient transport services, comfortable accommodation, hygienic restaurants, good value shopping, entertainment, efficient telecommunication services, and access to health services in the event of indisposition.

The Government of Liberia is seeking partnerships with local, regional, and international leisure service providers to see the potential in its tourism and hospitality sector.

There is a large market opportunity

Liberia has 560 kilometers of pristine coastline, perfect for hotels and resorts that are virtually untouched, another window of opportunity for investment in this virgin territory. With more travelers looking for eco-tourism destinations, Liberia’s unspoiled virgin rainforests (the last of its kind in West Africa) wetlands, lakes, hills, mountains, waterfalls, lagoons, and deltas, that set Liberia apart, will leave nature lovers marveling.

Providence Island – The Door of Return:  Located in the heart of Monrovia, is the landing site for freed emancipated slaves that settled in what would become Africa’s first republic – Liberia. Ideal investment for an amusement park.

Robertsport – located in Grand Cape Mount County is home to some amazing investment opportunities.  It is a coastal town with elaborate mountains, beautiful beaches, and lakes and home to the once-famous Hotel Victoria.

Lake Piso – situated in the Western cluster of the Country, Grand Cape Mount County, Lake Piso is the country’s largest and most serene lake, which enables amazing artisanal fishing for commercial purposes. This lake stretches wide into the Atlantic Ocean and can be viewed from the top of the Cape in Robertsport.

Hotel Victoria – A distance view of the once-famous Hotel Victoria, located on the shores of the Atlantic Ocean in Grand Cape Mount County. Its natural beauty drew lots of tourists to this part of the Country and generated profitable revenue.

Kpatawee Waterfall –  Rated by many visitors as the most dramatic and green waterfalls located in any forest. This waterfall has been tagged as a biodiversity hotspot and a major tourism asset by the Liberian government.

The Nimba Mountain Range – is the largest portion of the Upper Guinea rainforest and extends from Liberia into neighboring Guinea.  Home to the world’s largest butterfly (African Giant Swallowtail) and the nearly extinct (Nimba Otter Shrew, a toad found only in Liberia), the ENNR is an environmentalist dream come true.  With a beautiful blue lake in the midst of the mountain and a misty dew that covers the entire range at certain hours of the day, this place has major advantages for tourism investors.

East Nimba Nature Reserve – Is Liberia’s largest biodiversity hotspot and is on course to be named a world heritage site. Mount Nimba is a celebration of the beauty of Liberia. And according to  UNESCO World Heritage Site, the Mountain towers over the surrounding jungle landscape at 5,750 feet in elevation. In addition, Mount Nimba Strict Nature Reserve protects 17,540 hectares of forest.

SAPO National Park – The renovation and rehabilitation of the Sapo National Park; situated in the Southeastern part of the Country, precisely Sinoe County, where wildlife preservation has been the basis for the establishment of the area, is home to the Pygmy Hippopotamus, Liberia’s national symbol.  As a result of the civil conflict, this area was abandoned and the roads leading to the park are in disrepair. Investment in SAPO National Park has the potential to generate great returns in the travel and tourism industry, which generated $7.7 trillion (10% of global GDP) in 2015.

Hotel Africa – located in Virginia, Montserrado County the construction of the Ducor Intercontinental Hotel, Hotel Victoria, Hotel Africa, and the Presidential Villas for the 1979 O.A.U. Summit of African leaders, were among Government initiatives to develop the hospitality industry.

Liberia has several hotels, motels, and guest houses to accommodate the many investors, visitors, and tourists who come to Liberia for various reasons.  There is also a plan to rehabilitate Hotel Africa and Old Ducor Palace.

ABOUT US
Welcome to the Liberian Spot, aka Libspot. We are your one stop online media resource to locate and experience the magnificence and Splendor Liberia has to explore. What we're about. Featuring Liberia's extraordinary history which embraces our culture, and magnifies the country’s natural beauty and resources through documentation, videos and images featured on our website and social media platforms. Our mission is very simple - to be the most comprehensive and intuitive online resource spotlighting the phenomenal beauty and resources of the Motherland Liberia.
Contact us: Info@libspot.com
FOLLOW US
© Copyright © Libspot 2020 All rights reserved.
Tel: 7773 517 9982
Email: info@libspot.com
List Your Business with us
Go to mobile version
WANT COUPON
Subscribe now to get free discount coupon code. Don't miss out!
SUBSCRIBE
I agree with the term and condition
We will never spam you, unsubscribe anytime.