Home HOTELS IN LIBERIA.. 15 Beautiful Places To Visit When In Liberia 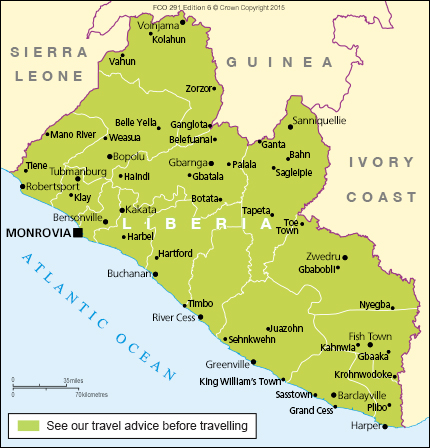 Liberia is a country in West Africa which was founded, established, colonized, and controlled by citizens of the United States and ex-Caribbean slaves as a colony for former African American slaves and their free black descendants. It is one of only two sovereign countries in the world that were started by citizens and ex-Caribbean slaves of a political power as a colony for former slaves of the same political power, the other being Sierra Leone, established by Great Britain. Settlement of former slaves was organized by the American Colonization Society (ACS). The mortality rate of these settlers was the highest in accurately recorded human history.[1][2]Of the emigrants who arrived in Liberia from 1820 to 1843, only 1,819 survived until 1843.

15 Beautiful Places To Visit When In Liberia

More to come soon, and if you know of any places in Liberia that will be worth posting. please post in comment box.

Wilmenja Resort – features a restaurant, bar, a shared lounge and garden in Robertstown